Breaking Down our TWTR Trade

Members of zentrendstrading.com have been Long and managing positions in TWTR across multiple timeframes since the middle of October. We started to see the beginnings of a trend change in early September which got it on our radar. As price continued to sustain our positive thesis we began looking for a signal of strength to get involved. 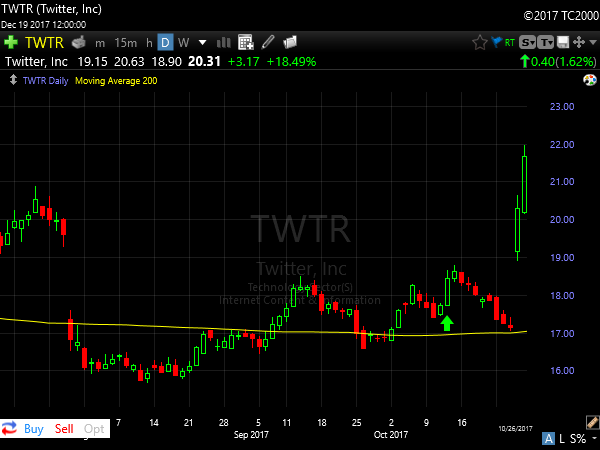 The gap down in July looked like more of the same. The stock had been declining steadily following the brief post-IPO rally and had been chopping violently in a sideways range for the past 18-months.

None of this was very notable action in my view until price managed to get back above the 200 Day SMA. The fact that price showed very little follow-through < the 200 SMA and then reclaimed it in early September was the start of a more positive bias.

Sentiment was certainly sour as participants had basically written off any chance of a recovery after the mid-summer blow-up. When sentiment gets to a point where everyone is despondent and you are mostly mocked for saying anything positive about it, the turn can be approaching. But it always requires price confirmation before we can act on any sentiment driven theories.

After attempting to roll back over in late September (similar to what had happened most every other time in the past year or more), the stock gave a quick shake and recovered > the 200 SMA quickly. Those 3 really tight range days to close September were a subtle hint that price didn't want to go lower anymore. They held just below the moving average and then popped back over to open the month of October.

The stock rallied for a few days strongly, gave a mild 3-day pullback, 10/11 posted as an Inside Day and the next day saw a range expansion that closed at the highest levels since the July decline. This was our big signal that something was turning positively, especially with earnings due to be released in the next two weeks. 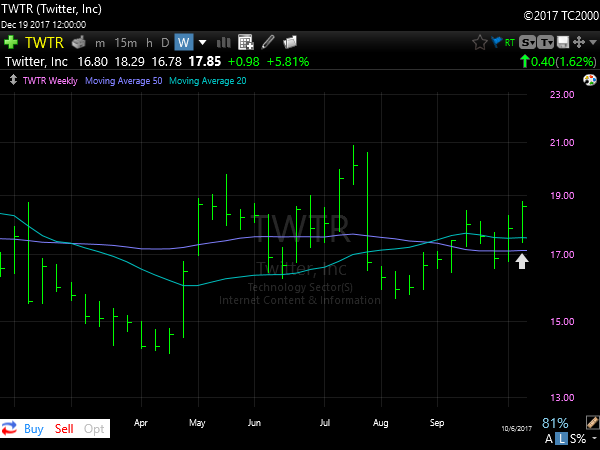 The stock closed as the highest weekly bar of the last 10. This is a particular momentum signal I scan for which is New 50-Day Highs. Usually when a stock posts new 50-Day Highs it is a sign that the trend is trying to turn and genuine interest is coming in.

Not only was this weekly bar a new 10-Week and 50-Day high, but it also pushed above the September monthly high and rising 20 Month SMA for the first time ever. The combination of all these technical signals occurring simultaneously gave me quite a bit of confidence that something was about to change. 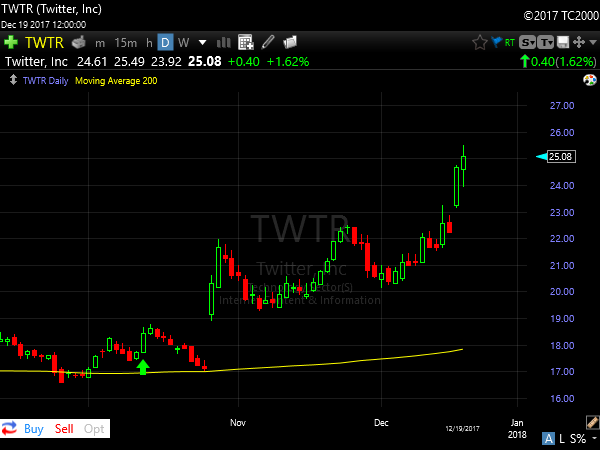 The stock then drifted lower for 8 consecutive days ahead of the earnings announcement and stopped on a perfect tag of the now rising 200-Day SMA. Earnings were received positively and the stock shot up.

We have since taken some profits as the stock moved into the $25 resistance level. This area coincides with a cluster of high volume that we haven't seen since 2015 and 2014. The weekly chart showed a large reversal at this area and it had contained price for over a year. We had been long since about $18.50, so this was a reasonable level to take some gains after an extended rally. 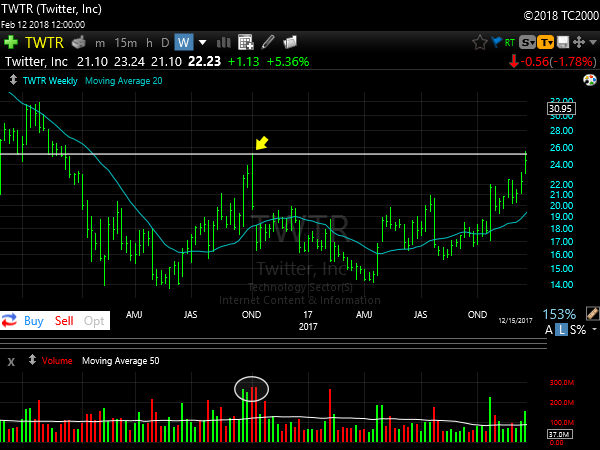 After a modest consolidation over the next 5-weeks we saw accumulation volume come back into the stock. With the most recent earnings announcement TWTR has now broken through this major base resistance on the largest volume week ever. 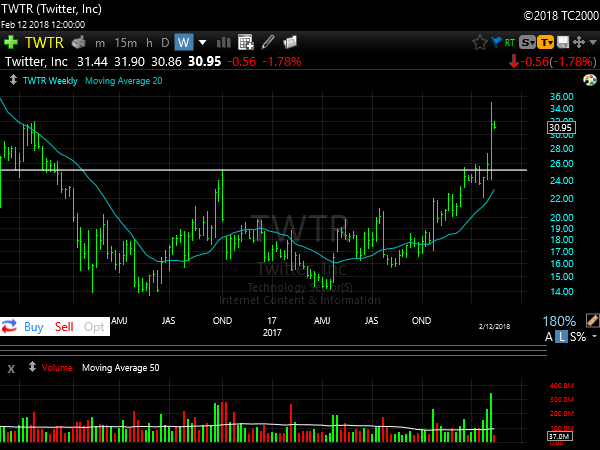 We continue to ride positions here and are following this newly emerging trend with wide stops to make sure it has the room it needs to digest any overheated conditions that may appear.

For now trailing stops sit at $22 on a Weekly closing basis.

Our next level of interest will be near $40 as that is where the prior largest trading volumes occurred and likely show where there will be a substantial amount of resistance. It is highly likely in my view that there remain a large number of trapped holders from the post-IPO rally and they could provide that overhead supply to force prices to digest in that area.

The $40 area will also be just above where our positions will be in the +100% profit area. I generally use this objective as a place to re-balance positions within our longer-term portfolios.