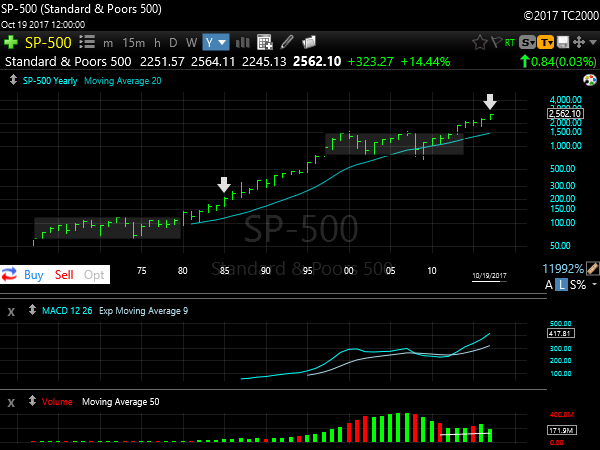 Trading volumes are notable as well; Heavy distribution volume came in through 2000-2002. The level of supply that was created went on to contain price for the next decade.

It wasn't until the last few years that we began seeing some accumulation volume come into the market. Following 2006, volume declined every year until 2012.

Trading volumes are now increasing as prices rally away from the base.

The previous instance when prices cleared decade long range highs, the market rallied for the next 18 years with less than a handful of negative years during that period.

The current market is in year 5 of the most recent breakout.

Is it possible we remain early in this emerging trend? Does it look like America is failing?