I Can Feel the Hate

I have been very cautious in the market over the last 2 months. I've taken plenty of new Longs in early January and have been running them, but with hedges on as the market was in a dangerous posture following the October drop according to my trend health metrics. Capital preservation has been very important to me. For the most part our positioning nailed it from late-October through Christmas Eve. It is everything since that has been much more difficult.

However, January put a stall to the decline, posting many Inside Months. February is looking like strong follow-through higher from that consolidation. Many individual growth stocks are doing very well and the indices are moving right back above longer-term trend averages.

I am a hybrid Swing/Trend trader, with a bit of William O'Neil CANSLIM in there as well and I invest a significant amount of my assets in growth stocks on a much longer timeframe. Based on the longer-term models (which have held up great overall during the correction), Bull signals are triggering all over the place.

I get it: overbought, resistance, macro, Trump, China, The Fed, whatever...

And I agree with all of that 100%. I see it too. Based on timeframe, I am adjusting to the current position we find ourselves in. The market should pullback, yes it should. But it might not...that is a possible outcome as well.

My longer-term models do not recognize most of the above mentioned biases as inputs for buying and selling. There are signals based on Price or there aren't, its as simple as that.

Thursday is the close of February and therefore the close of the monthly bar. Despite all the reasons above to ignore my models, I will push forward and take 4 new positions for our longer-term accounts, bringing that exposure up to about 85% Long: SPSC, MKTX, BOOT, INTC.

SPSC Long above this breakout. 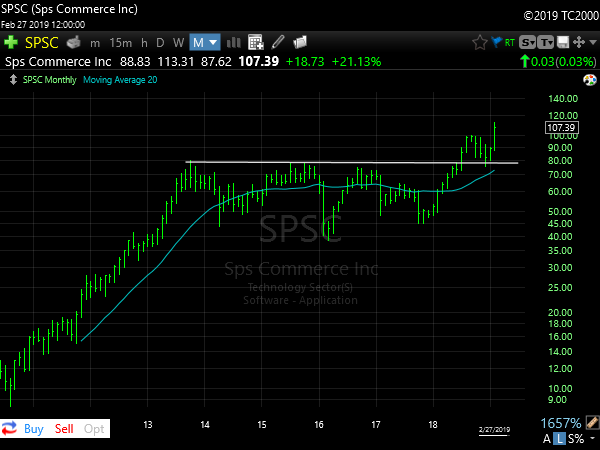 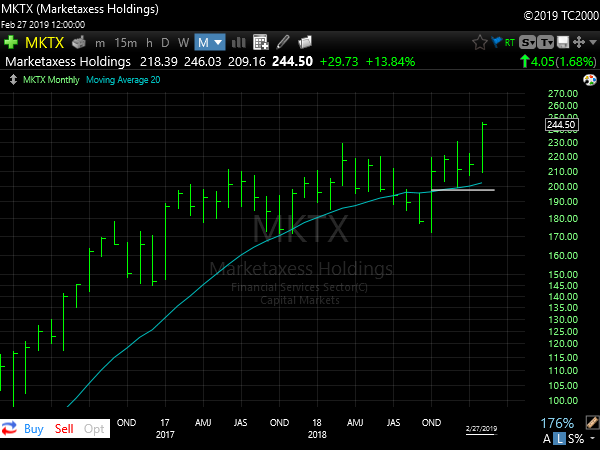 BOOT multi-year post-IPO base, Cup/Handle, Bull Flag, whatever you want to call it. 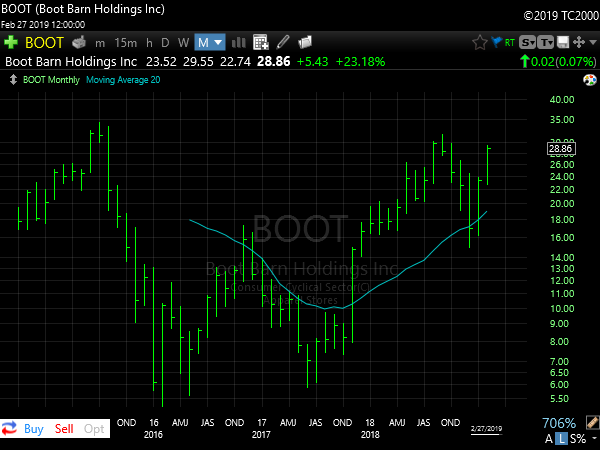 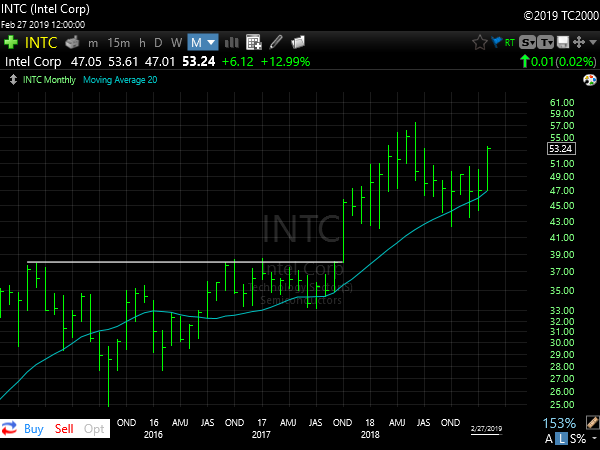 SPX While the short-term is very overbought, the larger view is just rotating out of a fresh pattern now. A lot like March 2016 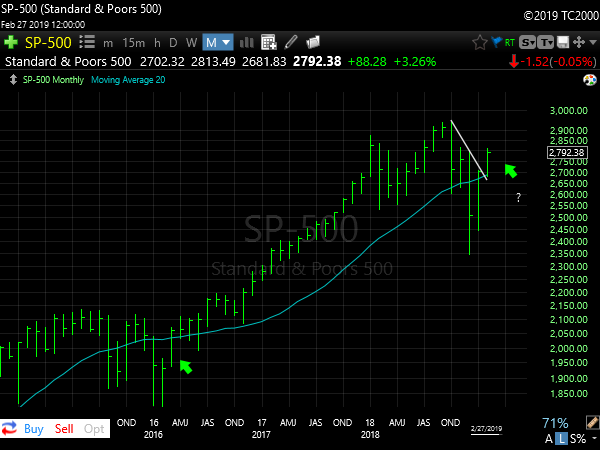 I also like SMH, XBI, XLY, and XLV for ETF accounts. 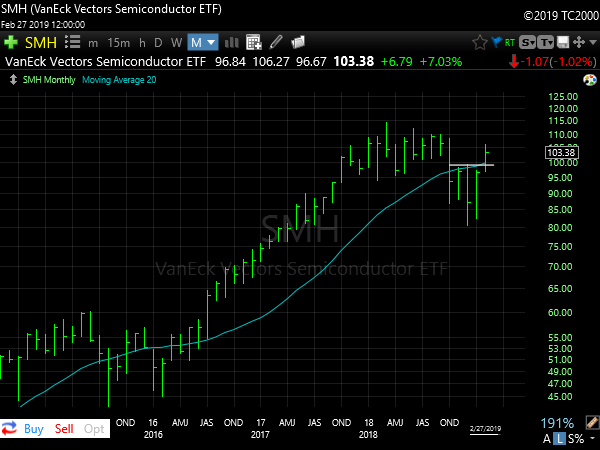 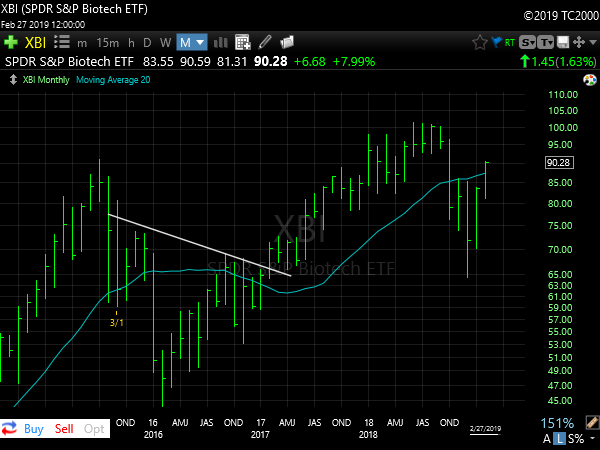 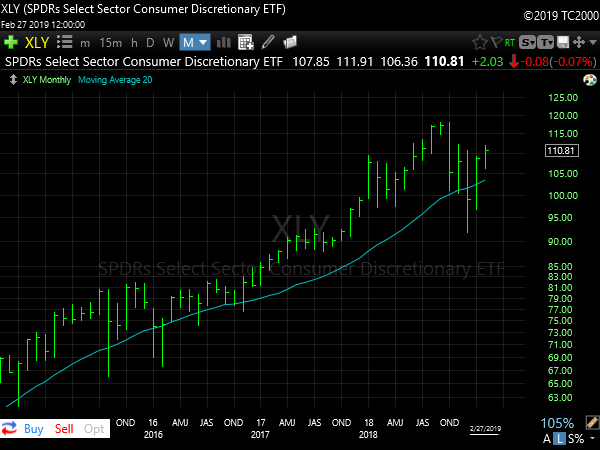 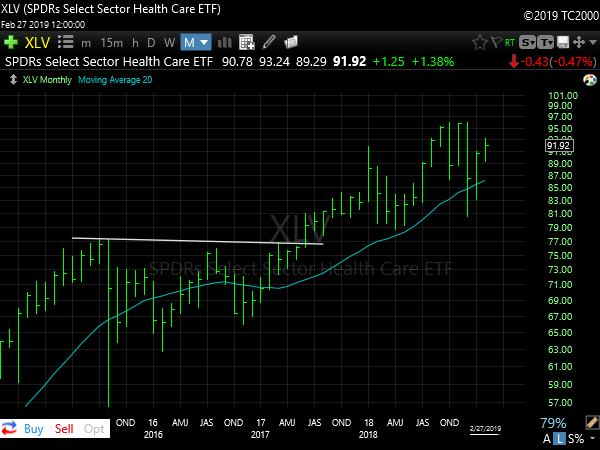