Semis look fantastic from a trend perspective on the long-term, Quarterly charts. Pending the close of March (which will be the end of the 1st Quarter), many charts have formed large rounded base patterns and are now rotating up after multiple quarters of digestion.

This is a long-term view point so these patterns can take time to play out. But this is a great technical basis to build an investment thesis on.

I am currently Long AMD and INTC, but am looking to increase overall allocations toward this space provided these charts close with the bullish pivots confirmed. 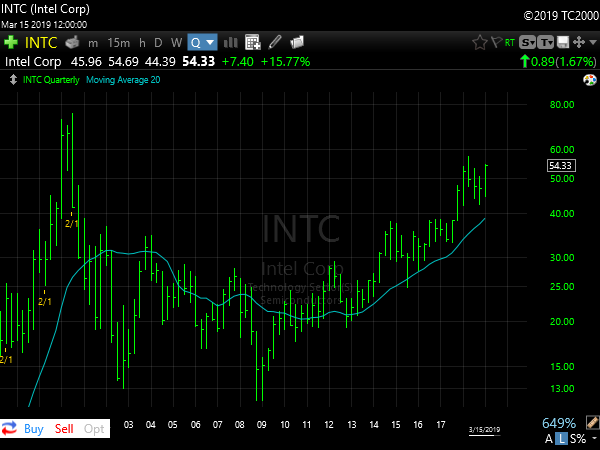 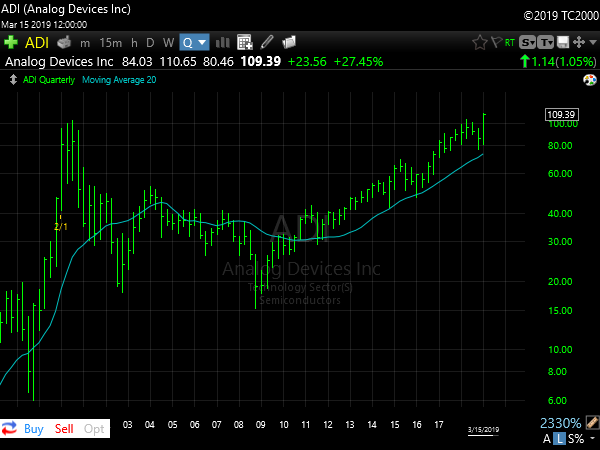 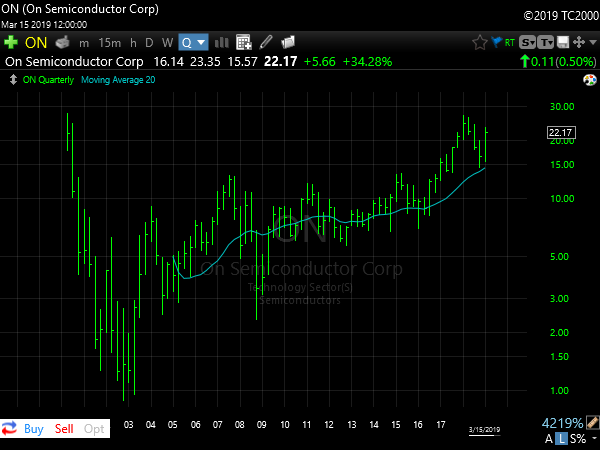 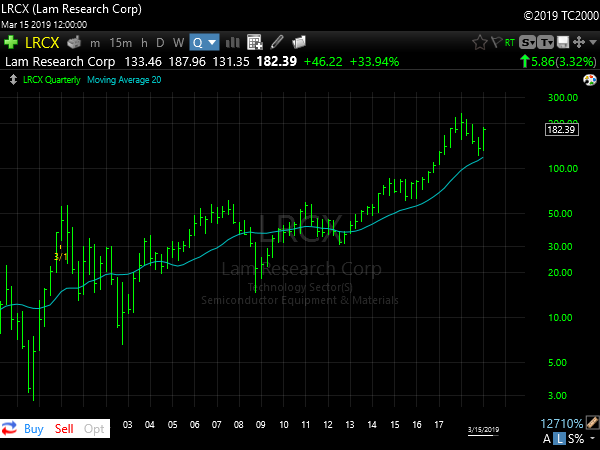 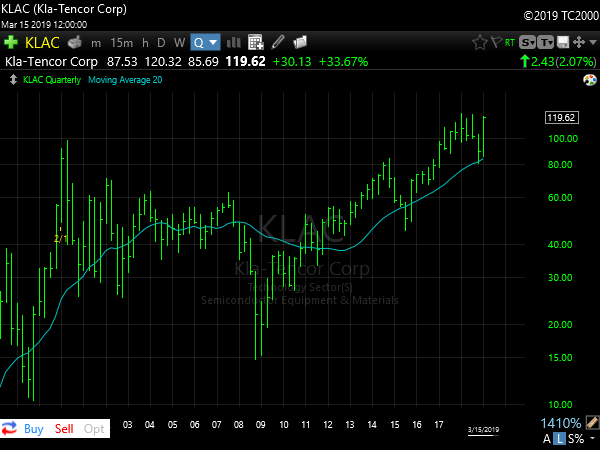 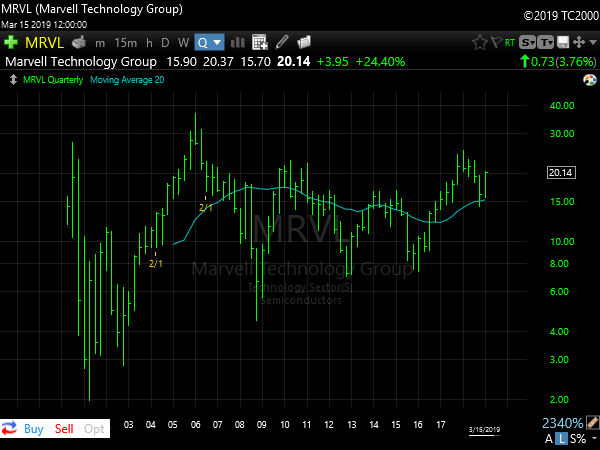 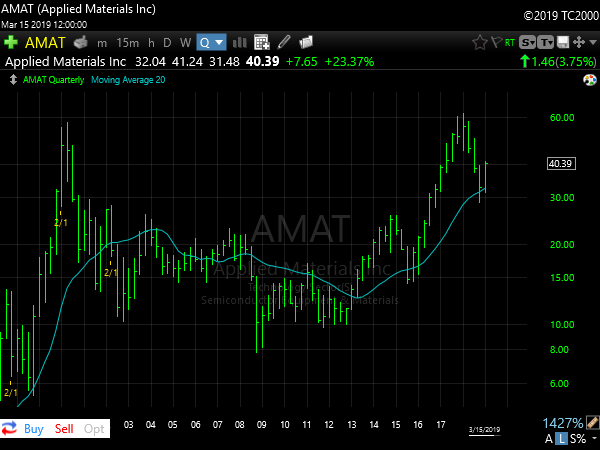 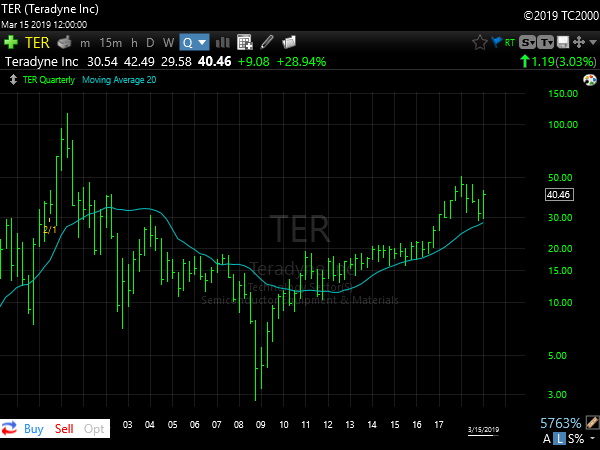 Most of the Semis ran really hot in 2016-2017 and have used the last year+ to digest those rallies. The majority of these names have corrected 30-50% off the prior highs, this offers an intriguing thesis to continue accumulating positions in the space.

For the most part we can just throw a dart at this sector as most will trade together. But there are a couple standouts to me at a glance. ADI and INTC corrected the least on the recent decline which shows some relative strength. LRCX, KLAC and ADI are at or coming off of new highs. XLNX also is a stand out relative performer but is a bit more extended from support than some of these above.

This is a starting point to get us thinking about the potential in Semiconductors ahead. Further analysis into the financials would be helpful for narrowing down the stronger names and tipping more of the odds in our favor.